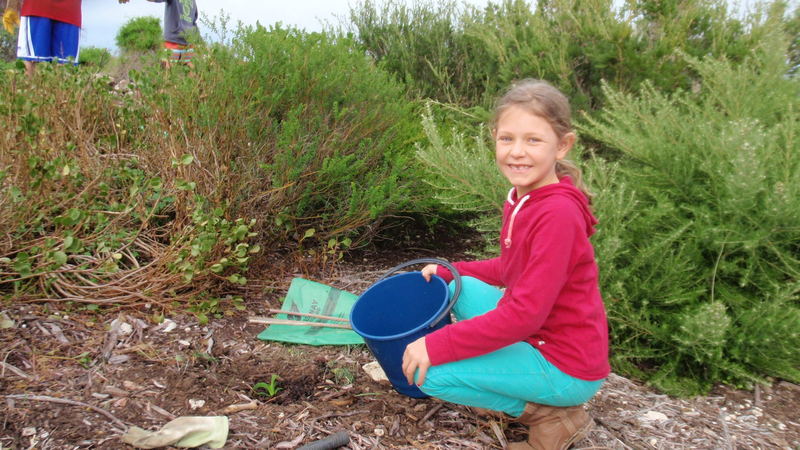 Sun out, the help poured in from Scotch college! The rain waited for nightfall! What a great way to plant!

In one and a half hours, locals with 50 Scotch students and parents planted 750 local plants! This adds to the work already started 5 years ago!

All help was gratefully received! Preschooler, Natalie Collier and her sister, Clara were eager to join  the planting team once again!

The photo shows the remnant Grevillea thelmanianna patches where a diversity of plants were planted around them to provide a diversity of habitat for our wildlife and increase the link from one lot of bushland to another.

Someone’s jumper thrown over the location sign aptly made the area Minim Cove ark. Quite fitting as this bushland just happens to be home to plants not found for some distance. In the Minim Cove ark we have one remnant huge quandong plant, 4 native spinach plants (Tetragonia tetragonoides), 6 native celery plants, a couple of native apricots (Pittosporum ligustrifolium) and a couple of Cyclops wattle, who’s seeds are edible.

This makes for quite a feast. If we keep planting here the river could be so healthy, there might be a fish to go with the above. 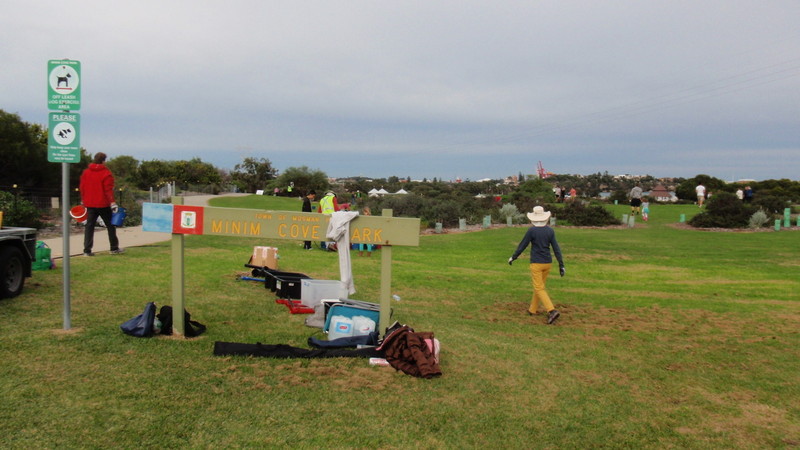 Download CUAD2013_FINAL.pdf
Our 2012 plantings at Mosman Beach need our attention on Sunday 27th January anytime from 8.30am to 11am.   All help accepted! No experience required! Come and join Friends of Mosman Park Bushland volunteers for a morning in the dunes, best views guaranteed. Learn what are weeds so you can be a wildlife warrior anytime!   Sturdy shoes, hat, sunscreen and a waterbottle are all you need! Morning tea, gloves and tools are provided!   How to get there: Closest train station is Victoria Street Station. Get off on the ocean side and walk along Marine Parade towards Fremantle, approximately 1 km. Last beach pagola with red tin roof.! Look for our banner!   Bike path located right beside Mosman Beach.   Don't forget your bathers for a cool down afterwards! 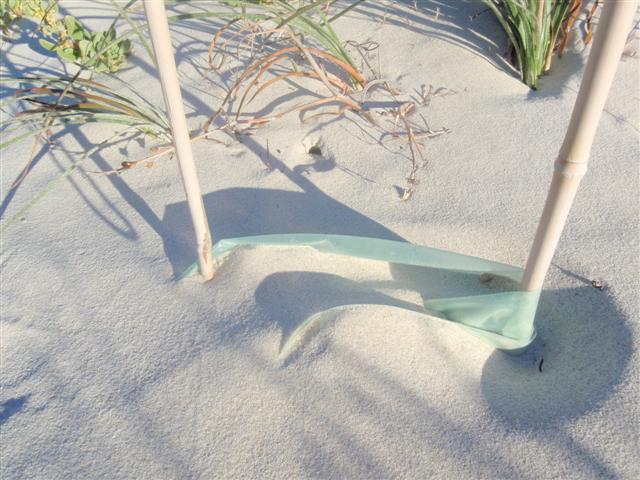 Harsh conditions in the sand dunes. 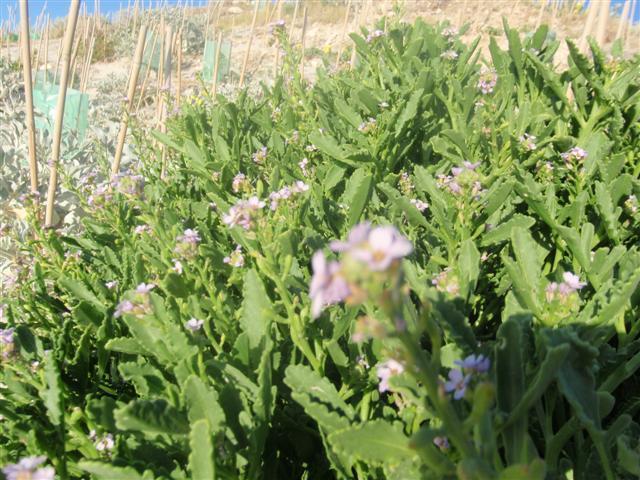 Looks pretty now but this weed Cakile is not favoured by our wildlife. 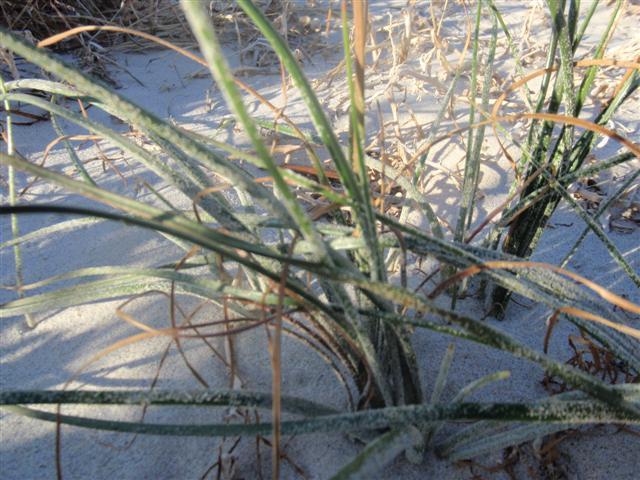 So c
ommon on our dune you may have thought it belonged. Get close up to this weed Trachyandra so you can recognise it always. 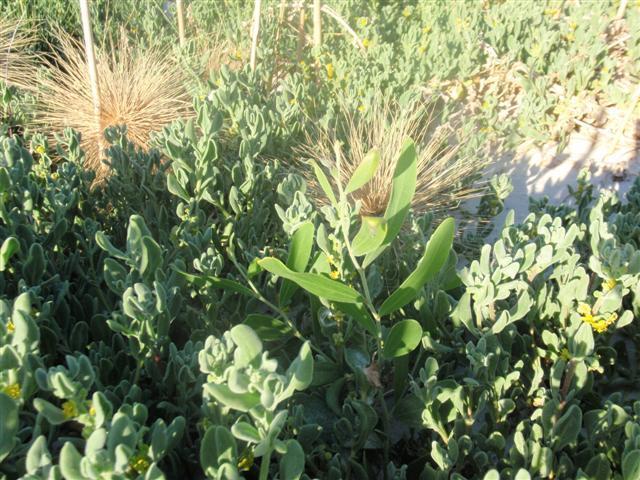 A local wattle pushes through the weedy tetragonia. The seed balls belong to coastal spinifex and can be half buried on the leeward side of the dune for propagation. 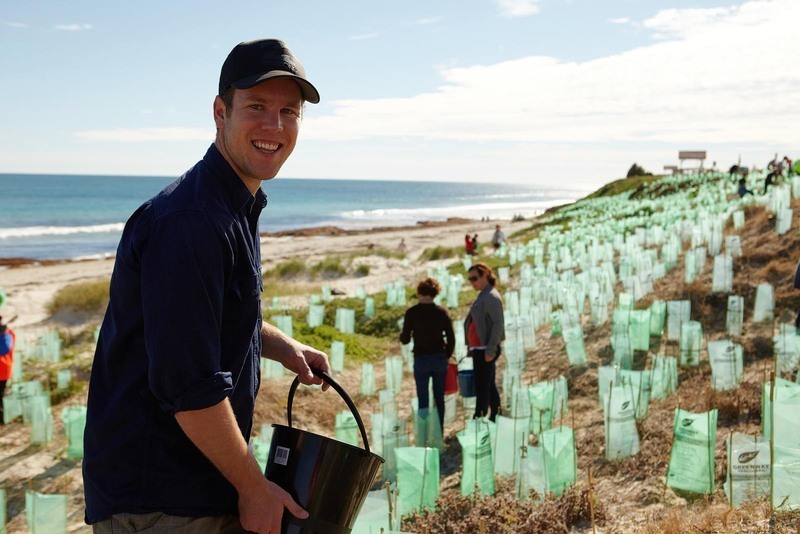 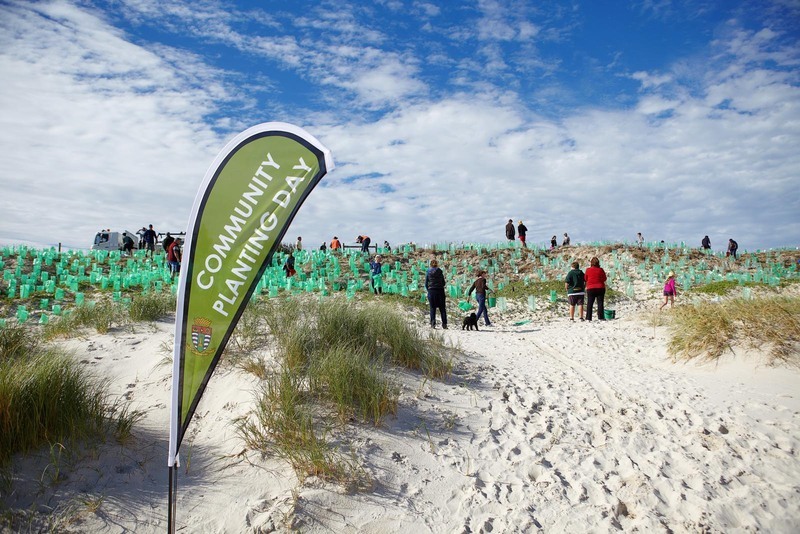 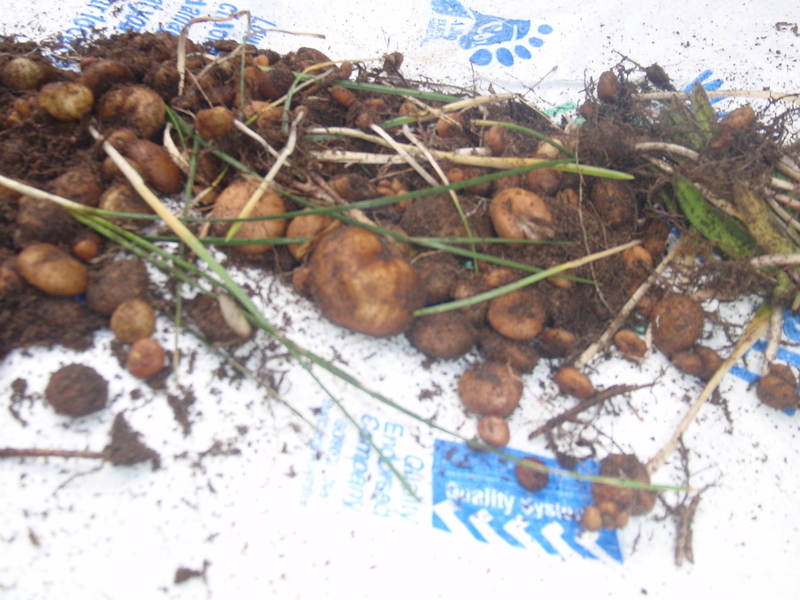 Black Flag (Ferraria Crispa) corms are loosely attached to the plant and need to be dug out rather than pulled out. Often smaller corms penny stack under the main corm. This herbicide resistent bulbous weed runs rampant in our bushland when garden waste is thrown into Perth's bushland. 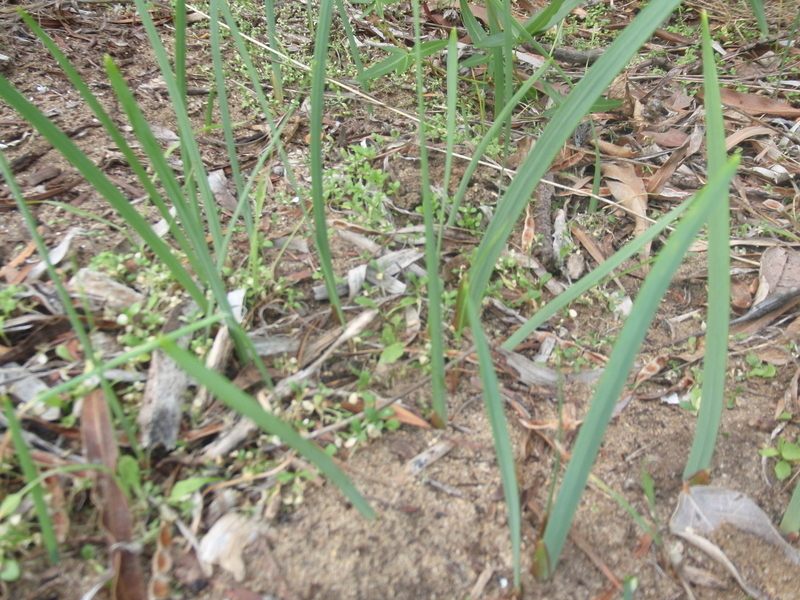 Join us on Sunday June the 24th any time between 9 and 1 at Mosman Beach south.

Mosman Beach is between Leighton Beach and the southern end of Curtin Avenue - just look for the signs! 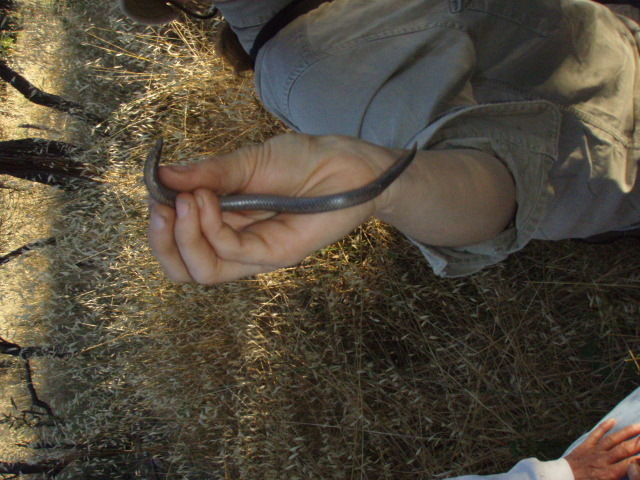