Ruth, Laurel and Sue weeded around the bbq today so we can plant into this area next week. 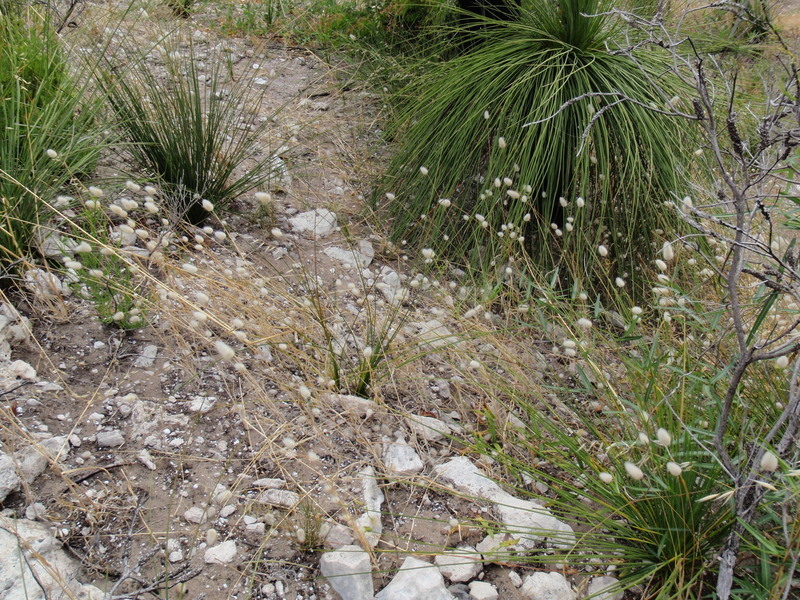 Mosman Park’s “Bringing Back the Bush” Community Planting Day took place on the beautiful morning of Sunday 26th June. A downpour two days before and another two days after was a perfect start to bringing back the bush. Despite a forecast promising showers and some threatening clouds it stayed dry for the planting.

Young and old converged on to the site to plant along our future bush trail, It was so lovely to see people of all ages working beside each other to make a difference. Our mission was to plant 1000 seedlings grown by APACE from locally collected seed including some plant species that had been lost to to the area.

What an extraordinary sight - a wall of 30 planters worked their way across the ground, moving from one hole to the next, each planter in silent encouragement with the next. Passers-by even joined in! The mayor, three councillors, our young citizen of the year and our environmental volunteer of the year didn’t let up until our mission was completed. The 1000 plants were in and watered just as our bbq lunch was served.

Local primary school children coloured our day with paintings of our bush and the creatures that hide in it. Our day of hard work is the beginning of a legacy to these children of bushland filled with a diversity of life.

There are many beautiful plants in the fenced area at Minim Cove that we cant grow from seed or cuttings. They do pop up in our bush area from time to time whether it is because of the right soil microbes or because it has been through an animal's intestine first. Bobtail scats are full of seeds.

By planting along the bush trail, we are increasing the size of the bushland area, increasing the species diversity for wildlife to come to, bobtail lizards, king skinks, geckos, insects, ants, spiders, snakes, honey eaters, hawks, cockatoos.

Bobtail lizards now come down to the Cyclops wattle to eat the seed. The further they venture the more our plant diversity will increase. The same with the birds. These animals will eventually help recreate the bush.

The Black cockatoos have been flying in after their return from nesting in the wheat belt. We only have 3 mature parrot bush left for them. Hardly enough for a flock of  60 cockatoos. They remember their food trees. One day there may be enough of these bushes regenerated to keep the cockies calling in.

The Town of Mosman Park’s hydrozoning projects in Three Boys and Genders Parks are aimed at reducing groundwater and fertiliser use and enhancing biodiversity. We hope that by increasing Mosman Park's natural biodiversity we can welcome birds like the Blue Wren back to the area.

Join us on Sunday July the 3rd between 9am and 1pm for our second Community Planting Day this year to help revegetate an area of Three Boys Park. We're planting small scale local native vegetation. Equipment is provided and no experience is necessary. Three Boys Park is at the corner of Monument and Fairlight Streets. 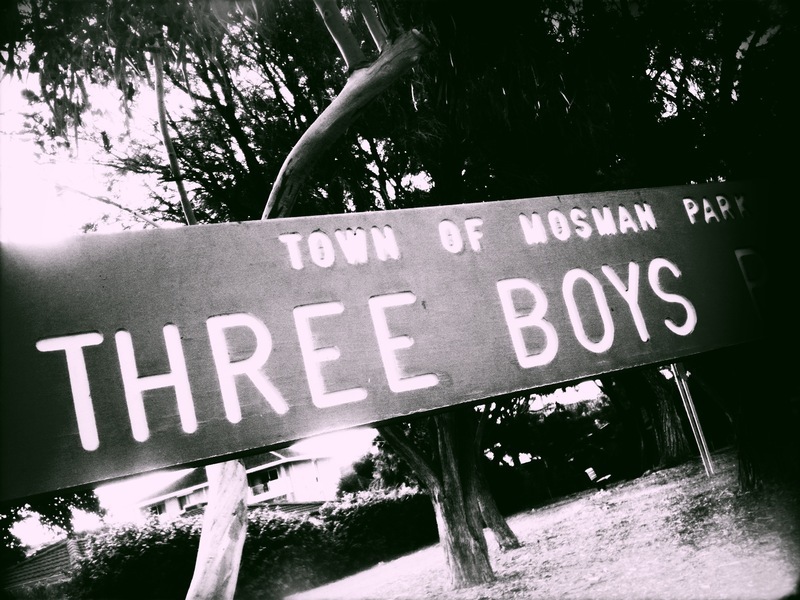 Our annual planting day is coming up soon. Real soon! Our regular vollies and Mosman Park Shire have been preparing the ground for the big day, the Bureau of Eternal Optimism has finally seen fit to douse our neck of the woods with a splash of rain. Seedlings have been propagated by hundred.

All we need is a metric ton of willing hands to give our little plants the best start they could hope for. Pop June 26th in your diary, join us for half an hour or half a day, and best of all, lunch is on us! The action will happen between 9am and 1pm.

"X" marks the spot! We're planting on the east side of the remnant bush off Fairbairn St, if you're driving you'll find plenty of parking by the tennis courts on Stone St. 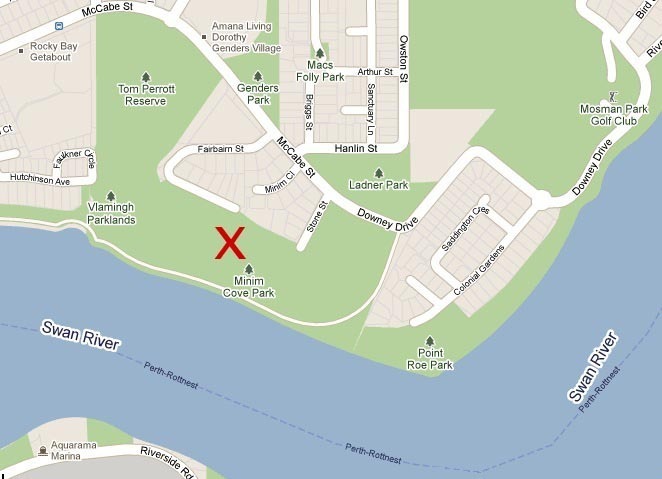 Here are some pics from last year's efforts 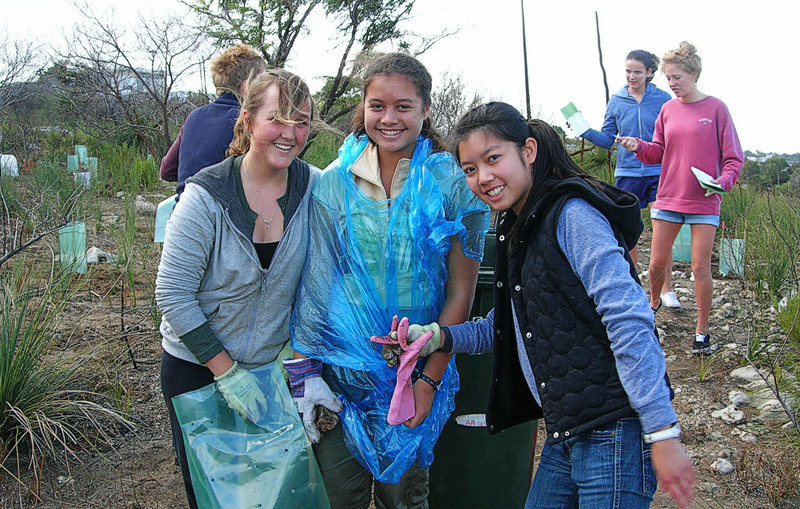 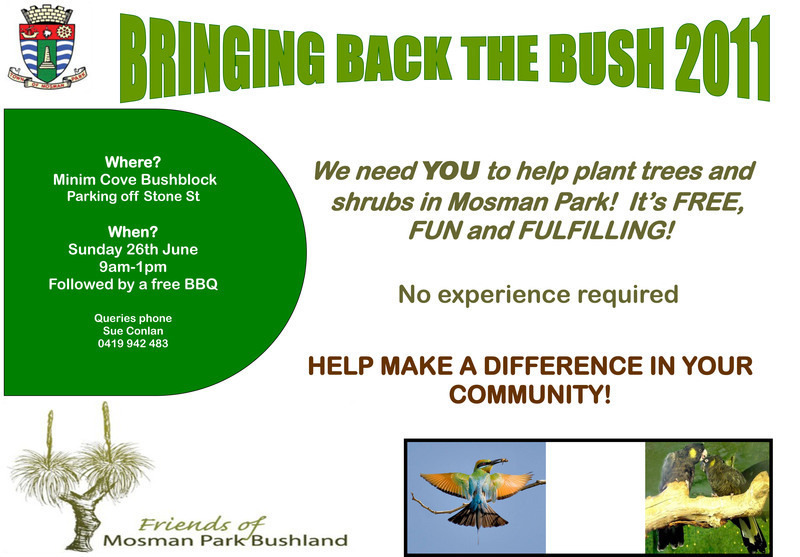