Go to DPLH consultation Page
Before the 26th April 2022 and say "NO" the foreshore must remain public land ! 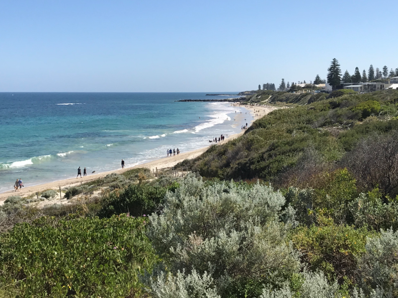 The Western Australian Planning Commission (WAPC) is seeking comment on the rezoning of Lot 556 Curtin Avenue in Cottesloe and Mosman Park from Public Purposes- Special Uses reservation to the Urban zone in the Metropolitan Regional Scheme (MRS).  The rezoning is intended to allow for the sale and redevelopment of the site, as it is currently stated to be ‘surplus to government requirements’.

It is strongly recommended that the rezoning does not take place.

Rezoning the land has significant risks in the short. medium and long term.

The four main risks of rezoning Lot 556 Curtin Avenue to urban include:

2)      Economic risks: Loss of the opportunity to develop a tourism gem and risks to transit and communications corridors.

The MRS rezoning report for Lot 556 makes an unqualified statement that their coastal hazard setback assessment shows that lot 556 is unlikely to be impacted within 100 years.

The coastal foreshore should be assessed on a regional scale and consider the coastal erosion impact for all of the beaches, Cable Station Beach to Port Beach2. Erosion from storms is already significantly impacting beach use and access.

Lot 556 is within the coastal foreshore reserve1. The accepted set back zone recommended is 125 meters[1] from the highwater mark. This is a setback that offers a buffer against future coastal erosion processes and should not be built on. Lot 556 starts at just 60m from the high tide mark of an already eroding Mosman Beach. Between the western side of Curtin Avenue and the highwater mark there is as little as 40 meters.

This coastal area has very high social value to the Western Australian community generally, as recognized in SPP2.6 (Coastal Planning) and as listed in the 2016 community coastal users survey[2].

The Leighton, Port and Mosman Beach Coastal Adaption plan says (pg 17) that the 7 highest social values for the Foreshore included:

1.       Ability to access and enjoy a beach setting (coastal amenity)

3.       The amenity of the open, coastal character of the area, compared to built up coastal settlements (such as Cottesloe and Scarborough

4.       Ability to exercise in the coastal environment (recreational)

The MRS report does not consider the negative consequences to local public amenity of an urban development at Lot 556 for coastal users.

This community survey states that 83% of coastal users want the coastal processes managed by way of landward retreat so that this coastal area is always accessible for recreation. An urban development in the foreshore reserve of Lot 556 is contrary to the recommended management of Mosman Beach coastal processes.

There has been considerable public and community protest in response to proposed development of land in this area (see Attachment 2) with preservation and management of natural bushland and green spaces a high priority.  These prolonged community actions further demonstrate that this area is highly valued by the community.

The green link is also an important part of the Swan Coastal Plain landscape that is significant to the culture and identity of the Whadjuk people, the traditional owners and custodians of this area.

The increase in population density from this development, along with the planned multistorey developments nearby at One Steel and Matilda Bay Brewery on the border of Mosman Park and North Fremantle, will  increase the pressure on the natural amenity of the area as well as parking which is already at capacity.

With greater densification comes the added responsibility for state and local governments to retain and create compensatory natural areas for the physical and psychological well-being of the community, the benefits of which have been well documented.[3] This has been highlighted during the Covid pandemic.

In the longer term, predicted coastal erosion will likely have extreme[4] (pg41) consequences causing unacceptable loss of social, recreational and heritage values of regional significance. Vehicular access for the Cable station is at extreme risk4(pg 44).

As the Cable Station is in the foreshore reserve, It is recognized that the best long term use of it would be  to provide recreation related facilities such as a café/restaurant and or a visitors centre.

The Coastal Hazard and Erosion Map shows that in as little as 25 years, the ocean could be at Curtin Avenue because of the steep man-made dune elevation.  Our Coastal Future: Leighton, Port and Mosman Beaches Coastal Adaptation Plan[6] forecasts the need for interim protection and likely retreat from the coast by 2050.  In the long term this means there is unlikely to be car parking or a beach access road for Lot 556.


Notably, State Planning Policy (SPP) 2.6[7] sets out a case against this loss of amenity, stating that in order to act in the public interest, the Government must support public ownership of the coast, including where appropriate the provision of a coastal foreshore reserve and accommodation of regional and local recreational needs.
Therefore, in conclusion, the loss of short, medium and long term amenity and coastal recreation value presents an unacceptable risk to the State Government of rezoning Lot 556 Curtin Avenue to enable development.  The rezoning should not take place as it is inconsistent with SPP 2.6.

Perth and Peel @3.5 million highlights the value of tourism as a key part of the State’s economy in the future[8]. Lot 556 Curtin Avenue is a critical link between four historic sites that would constitute a valuable tourism attraction if appropriately managed, being:

1.       the foreshore is the site of Vlamingh’s landing in Western Australia,

2.       the foreshore is also the site of the Noongar shark dreaming,

Development and promotion of these assets under a well-managed program would create a revenue-generating tourism asset, stimulate the local economy, create jobs and attract more people to enjoy and appreciate the amenity of the area including understanding the Noongar connection.  Allowing the rezoning and development of the land destroys this opportunity.

The Vlamingh Memorial, located between the ocean and Lot 556 Curtin Avenue, marks the approximate area that 83 of the Dutch crew of Vlamingh’s fleet first landed on the Perth coast.  From here they discovered the River and encountered Black Swans, earning the river its name.

The area is rich in Aboriginal History. The rock formations below Lot 556 are known as Moondarup, described by the South West Aboriginal Land and Sea Council  as  the Spiritual Gateway of the area.[9] The seven sister hills  created by the Noongar Waarkal look out over Lot 556 to the ocean as does  Dwerda (dingo) . Whadjuk tools have been discovered beside the Cable Station, Victoria Street Station and near Warton Street indicating widespread habitation in this locality.

The EPA raised the alarm of the impact of an urban development on the Aboriginal heritage values here without a suggested way forward.

The heritage listed Cable Station, built in 1926 to house the families who monitored the ‘red line’ submarine telegraph cable linking the British Empire 24/7. The house is a fine architectural example of the era.

Behind the site, on the top of Buckland Hill are the tunnels.  400m of tunnels were carved out of limestone, in places 10 m deep, to enable a safeguard look-out and artillery to protect the Port of Fremantle and Perth during World War II.  The tunnels are currently operated by volunteers and are a well frequented tourist attraction.

If we preserve the amenity of the green space, link up these four major historical and heritage sites, there is an incredible opportunity to create a tourism precinct, supporting the economy through a hospitality venue and interpretative centre, enduring economic and social value to the community. This will also ensure the amenity of the area prevails, even if the coastline erodes as forecast.

Contrary to historic and strategic planning outcomes and government approach

The proposed Amendment is contrary to the most fundamental planning principles informing the development of this area.  The principle aims of the Town of Mosman Park Local Planning Scheme 3[10]  include (section 9 (l):

to encourage the establishment of an ecological corridor on Wellington Street linking the Indian Ocean to the Swan River via plantings and related treatments within the public realm;

The proposed rezoning amendment is in contravention to this objective.

Sustainable: Perth will responsibly manage its ecological footprint and live within its environmental constraints, while improving our connection with and enjoyment of the natural environment.

The proposed amendment undermines this aim.

Perth and Peel at 3.5 Million also stresses the increasing importance of foreshore beach reserves in the Central Sub-region as the population grows and density increases, to ensure amenity and liveability[12].

State Planning Policy 2.6[13] sets out the Government’s aim to:

More specifically, SPP 2.6[14] states that in terms of Coastal Hazard Risk Management and Adaptation Planning, an area likely to be subject to coastal erosion in the next 100 years, development should be avoided.

The McGowan Government has recognized the importance of densification, particularly in areas with public transit access.  In particular, this approach emphasizes the importance of protecting existing vegetation and green space to ensure more dense suburbs remain cool and livable.

The Environmental Protection Authority advice attached to the proposed amendment warns of the ecological risk of developing the land in question, as the site could provide potential ‘crucial’ habitat to the endangered Carnaby’s Black Cockatoos.  The bushland cover of Lot 556 and surrounds is critical as it is the last link in the chain of natural green areas linking the ocean to the river and to the Perth escarpment, for which there is no alternative.

There are known and potential endangered species and endangered ecological communities that rely on the vegetation provided by the green corridor and may be found in the 8000sqm.  These include:

Isoodon obesulus (Quenda). Evidence of diggings have been observed on the site and in the vicinity. P4

The existence of these and other local native species form a healthy biodiverse community which will be gravely threatened if Lot 556 is rezoned for an urban development as this land contains most of the mature habitat native trees of the Leighton Beaches.

The reason given for rezoning to Urban is to facilitate sale of the land as it is ‘surplus to government need’.  The land was not zoned special purpose due to ‘government need’.  Rather State Planning Policy 2.6[15] sets out that land use, particularly of the coastal foreshore, should be determined on the optimal outcomes for the whole community.

The rezoning of Lot 556 Curtin Avenue would represent a significant loss for the State.  Far greater benefit can be gained by preserving the open, natural amenity of the immediate surroundings and capitalizing on the long-term heritage and tourism value of the Lot. The creation of this additional Perth Tourism precinct, with associated jobs and economic benefit and the protection of a critical environmental corridor, heavily outweigh the short-term benefit of the cash sale of the land.

We strongly advocate that Lot 556 should retain its current MRS zoning of Public Purpose (Special Use), be transferred to the Crown as an ‘A’ class reserve and positioned to be vested in the Department of Biodiversity, Conservation and Attractions (DBCA).

Effects of natural environment on mental health: an umbrella review of systematic reviews and meta-analyse

[3] Effects of natural environment on mental health: an umbrella review of systematic reviews and meta-analyse 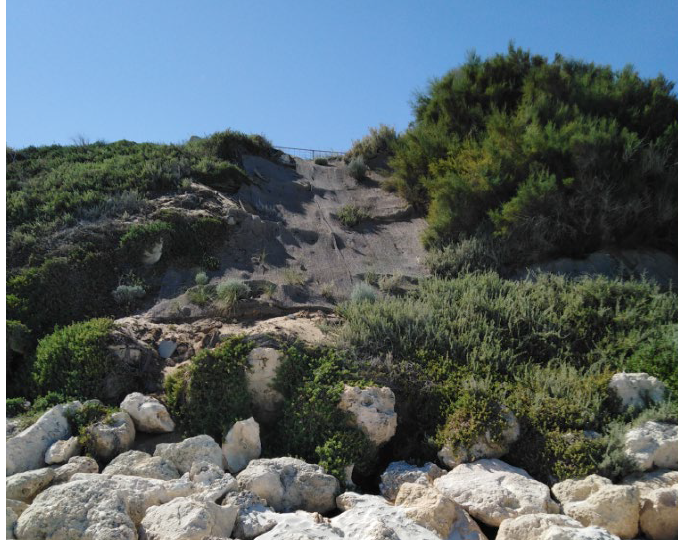